A Cruising Code Sail can often be the missing link between a genoa and a gennaker for cruising yachts. Gaining power in light air and the ability to use one sail in a wider range of angles, both reaching or running. A Cruising Code Sail is lightweight and easy to handle, providing greater efficiency to your yacht. 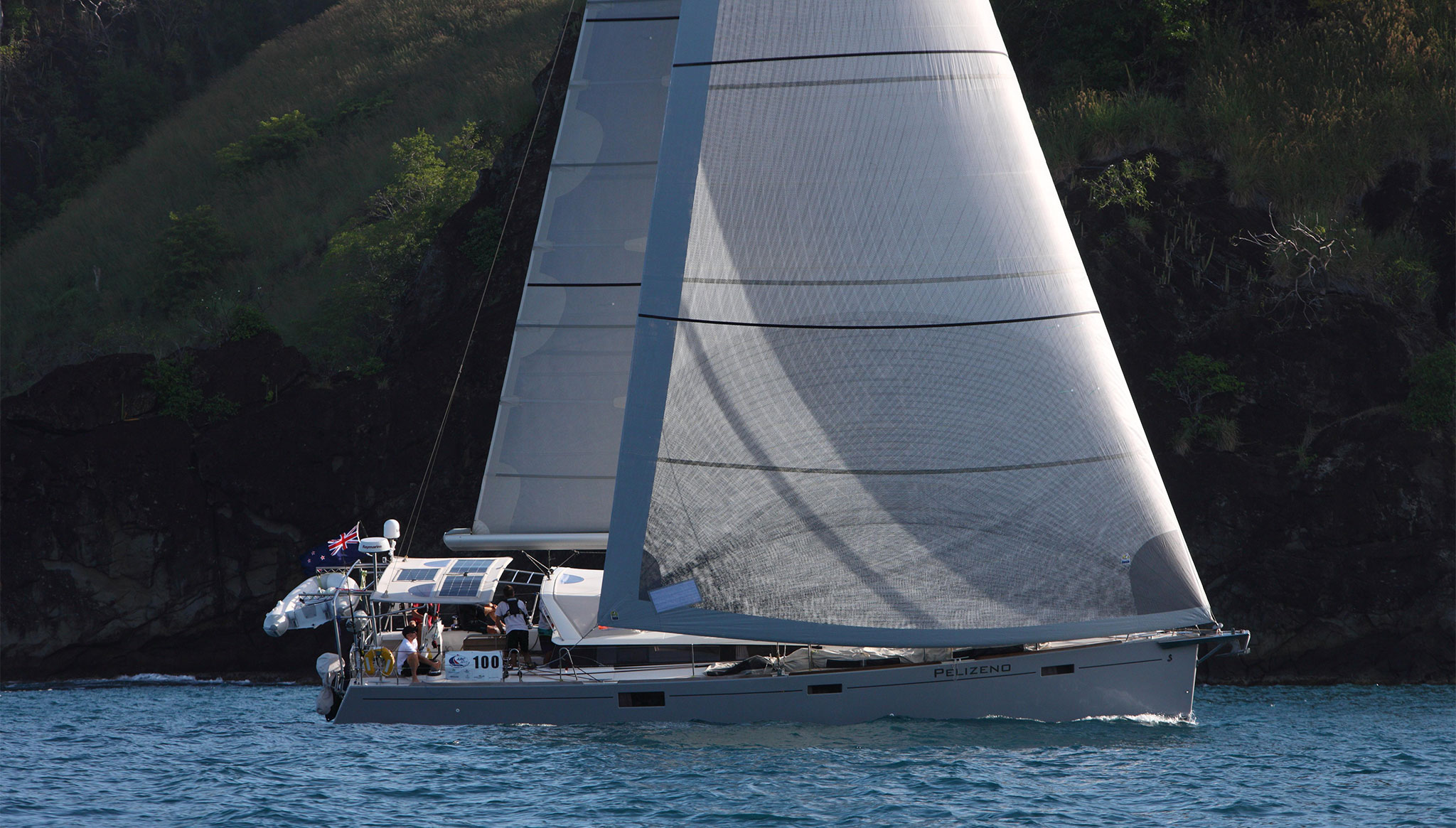 For cruisers who want every bit of extra performance, Doyle Sails has developed a specialized downwind code sail for easy handling. The cruising code sail is highly customized to each individual boat and highlight Doyle’s diverse and innovative engineering capabilities and advanced construction techniques. 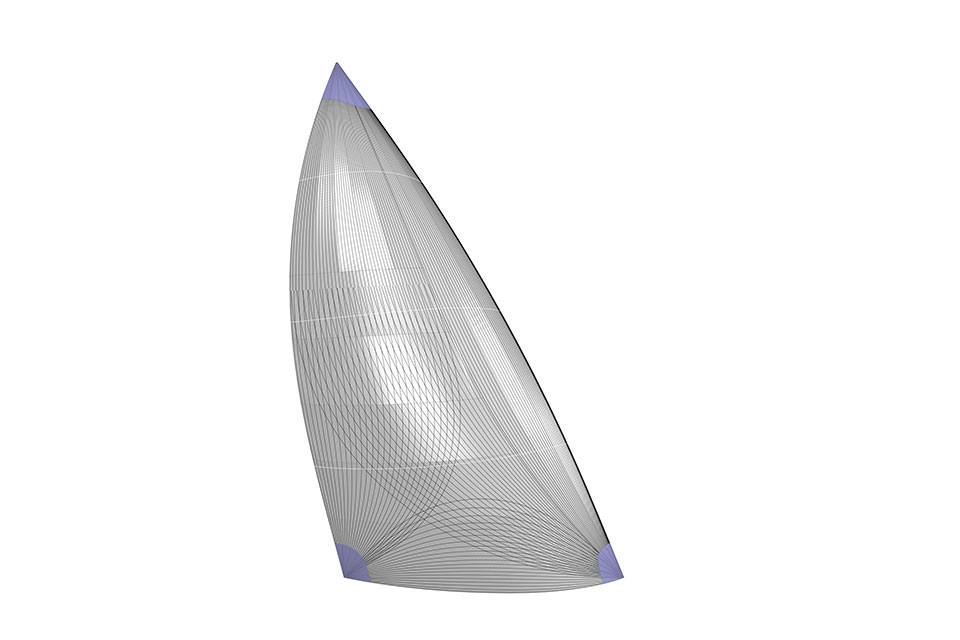 The Cableless Code 0 is a revolutionary sailmaking application that eliminates the use of torsion cables – giving more luff projection for deeper angles, more range and less weight. Available in STRATIS or DELTA options.

An uninterrupted lens of unidirectional fibres designed in the luff of the sail takes the load from the tack all the way to the head. The secret behind the concept is that the load is taken along the sails natural load path instead of requiring many tons of cable tension to try and keep the luff tight. In the Cable-less Code 0 the luff is pushed to windward creating a far straighter luff for a fraction of the load and allows the luff to be eased and flown for deeper angles. When it comes time to furl the sail away the bands of unidirectional Carbon running down the luff allows for a quick and easy ‘bottom up’ furl.

Recommended True Wind Speed: 4 – 15 knots
Cruising Code Sails are even more powerful and efficient if you choose to utilise the Cableless technology, exclusive to Doyle Sails and undisputedly the market leader. The ability to have significantly less headstay sag with less load has changed the laws of physics as we knew them in the world of sailmaking, with Cableless Technology applicable to almost every yacht.

Cableless Cruising Code Sails are very versatile and flat enough to trim on and sail very high angles, yet with a high enough clew that the sheet will ease well and allow the luff to project when you are sailing at wider angles. This sail is the ultimate solution to add to your downwind inventory.

- Less overall sail weight with the removal of a conventional cable.
- Less load on attachments (sometimes with up to 50% less load).
- Easier to handle and store, with less crew required.
- Higher performance, more luff projection and driving force.
- Wider sailing angles can be achieved.
- Furling reliability - either top down or bottom up.

One big advantage of Doyleʼs Cableless technology is that it allows code sails to be built much lighter, which means that yachts can keep them hoisted and furled while sailing upwind, ready for instant deployment, rather than having to drop and stow them. And when the code zero does come down, itʼs a lot easier to handle on deck and stow than a heavier sail with a luff cable.

Of the many examples of yachts that have already benefited from Cableless sails is the 39m Tripp designed ‘G2’ pictured above. Built by Vitters in 2009 and re-fitted by Pendennis in 2018, her sail carries greater luff projection, making the sail more powerful and efficient without increasing any loads. Indeed, there has been a significant load reduction.

But the benefits for the owner and crew of ‘G2’ go further with a big increase in the range of conditions that the sail can be used. The owner of ‘G2’ is always very keen on sailing the boat and so the sail handling was a priority for the crew, - with the new technology they are not only able to use the sail in a much wider range of wind angles and speeds, but the sail furls reliably and is much easier to handle on deck. It’s also that much easier to get in and out of the sail locker and is used a great deal more as a result. In fact, they use this sail so much now that they have had a UV strip fitted so that they can leave it hoisted for longer periods and it has become their cruising sail of choice. It is this increased range that is further driving the interest in Cableless Cruising Code Sails but it is also a benefit that doesn’t just apply to the bigger boats. 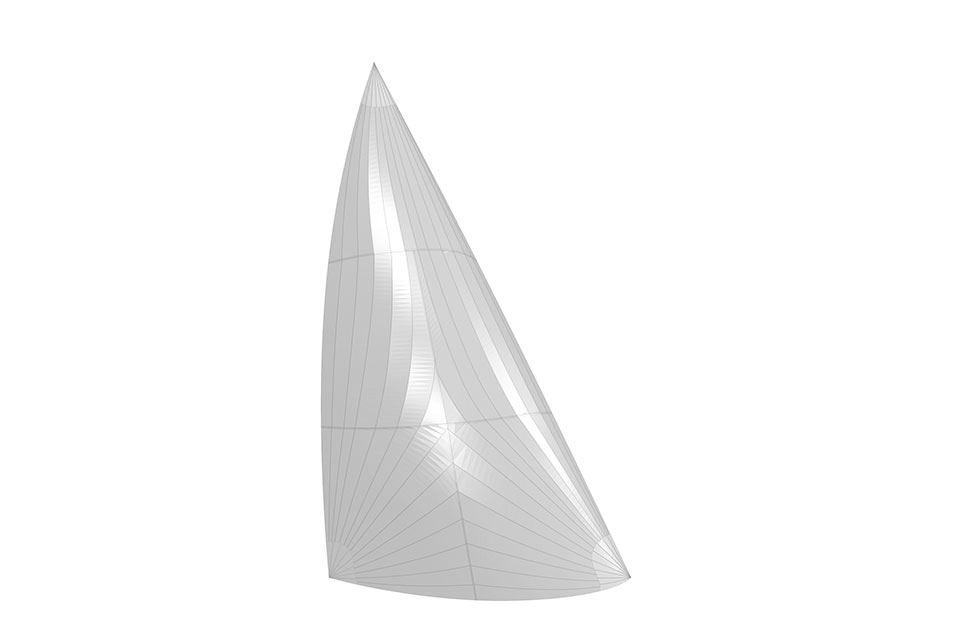 The Code 0 is a highly specialised sail used to sail higher reaching angles and flies with a straight luff, allowing for easy sail trim for optimum reaching perfromance. The tight luff also allows the sail to be easily depowered by simply easing the sheet or tweeker, as the design allows it to twist off more like a conventional headsail, without collapsing like a spinnaker. Covering a wide wind range, combined with a furling system, these sails are a popular choice for the sailor who is looking for an easily handled sail to improve their downwind and reaching performance. The sail is designed in high strength materials and fibres to ensure that the sail is durable.

For cruisers who want every bit of extra performance, Doyle Sails has developed a specialised downwind code sail for easy handling. The Cruising Code Sail is highly customised to each boat and highlights Doyle’s diverse innovative engineering capabilities and advanced construction techniques.

Extra sail area is always a plus in light air, and being able to sail closer to the wind is a bonus. The large roach for more efficient lift and greater power makes the sail more versatile across a broader range of Apparent Wind Angles. The Cruising Code Sail is easy to handle, easy to store and easy to set and has become the sail of choice with cruisers with non-overlapping headsails. This sail requires a small luff line at the leading edge of the sail - depending on the set up of the yacht and existing hardware, your expert Doyle team can guide you through the best option for your boat.

Seamless furling of these sails offers exceptional ease of handling as you can simply furl, tack or gybe with greater efficiency. If furling isn’t an option, the Cruising Code Sail can be used with an ATN sleeve.

Features of a Cruising Code Sail:

- Elliptical leech profile provides maximum power for light air, on the wind angles, reaching and running.
- Large, light corner patches ensure that shape is held and that the sail is allowed to ‘float’ free from the boat.
- Integrated Furler and high load head swivel for safe and reliable furling.